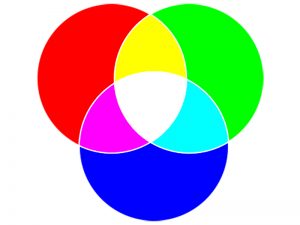 It is easy to confuse color correction and color grading, but they are two completely different
things. Here is a brief explanation of both and how they are used.

Most projects are shot in various locations. Interviews are lit and shot in one place, cover footage can be anywhere inside under fluorescent lights, outside in bright sun, outside on a cloudy day, on a patio with mixed daylight and incandescent, candle light, at night with harsh sodium vapor lights…you get the idea. Each of these locations creates a slightly different color cast to the footage which is unavoidable. It is however, fixable. Color correction is the phase of production where all the shots are made to be perfectly flat and neutral. For every single shot, the color temperatures are matched, color saturation is matched, exposure is matched, and the contrast looks consistent. So what we end up with is a perfectly flat matched line of video clips. At this point, the video looks good, but adding that rich, silky, filmlike quality happens next.

Once all the shots are color corrected, the entire video is color graded. Color grading applies an artistic “look” to the video where the vibrancy, color saturation, contrast, color tone,and exposure are shaped into a specific look. For instance, one sequence may need to look like vintage footage, so we might make that a sepia color with film scratches and more contrast. Perhaps we want to make a daytime scene look like nighttime, so we make it blueish, underexpose it a small amount, and make the shadows darker. Let’s say there is a beautiful shot except for a bright jarring overhead light. A color grade can remove that offending light. Or we can use color grading to make an interview really stand out by darkening the background or adding a slight vignette to the scene. Good color grading however is something you shouldn’t notice. It’s a series of small subtle things that boost up the overall production value of the video. Kathryn and David Seay are video producers based in the Dallas / Fort Worth area.
davidseayproductions.com

This site uses Akismet to reduce spam. Learn how your comment data is processed.